A long time ago, in a suburb close by, I got my real estate license. I knew I’d have fun learning about it...

Getting a home market-ready can be a rewarding challenge. Read about one family’s concerns and how they made it work. 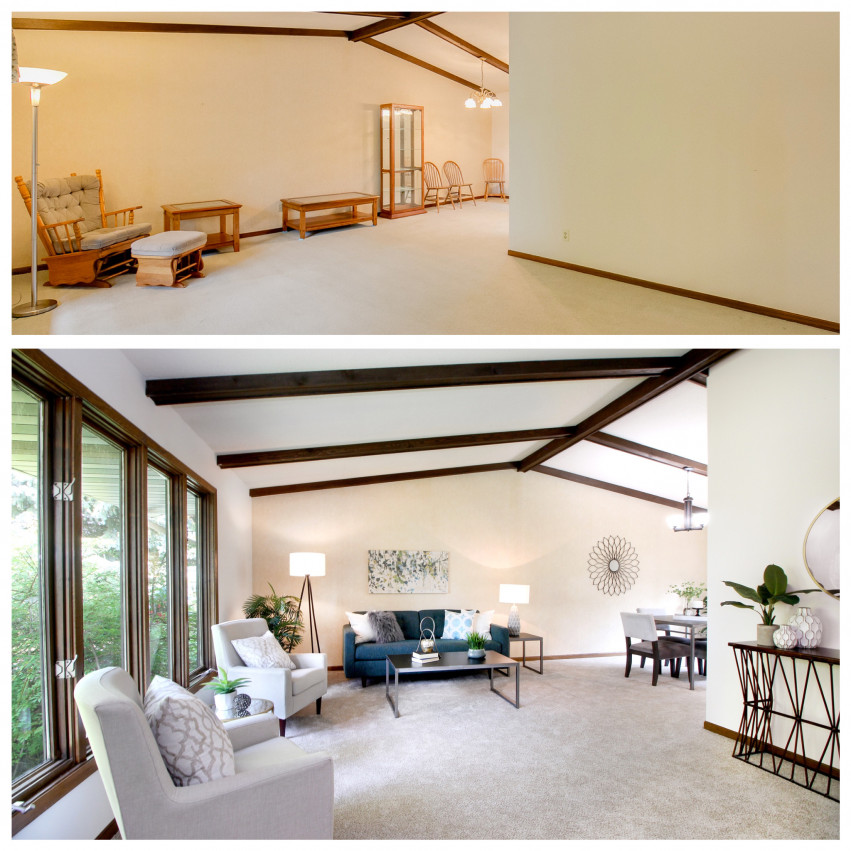 For many people, the idea of selling a home can feel like a chore instead of a chance to find something more suitable. People battle lack of time, hard decisions, and the financial impact. And in reality, it’s hard to say goodbye to a home with so many memories. Sisters Ashley and Teresa were in that mindset as they considered what to do with their parents’ home before selling. Neither had much time to work on it. Ashley lived out of state, and Teresa worked over-time at her job.

They didn’t know if they should try to sell the home “as is” or attempt a project. Cluttered and in need of maintenance, it looked worn. It wasn’t hard to believe many grandkids had played here and family dinners eaten. But in recent years, it had become hard for their parents to manage by themselves. Teresa thought they should see if there would be any interest if it went for sale without doing anything and worried about spending time and money. Ashley remembered how nice the house was when their parents first bought it. She thought that it was likely worth improving but didn’t know how much the value would improve after the changes. Would it be a waste of time and resources?

Teresa had known of Leslie as a realtor who had sold homes for some friends. They recommended her based on her experience and reputation. The sisters reached out and shared their concerns.  They had a lot of questions:  What do you think of the house? What‘s worth doing? What’s not worth doing? Would it be better to sell it right away without doing anything?

The sisters were pleased to find out that Leslie and her team saw real value in the home and that improvements would be a worthy use of time and money. She noted that it was a custom-built home and pointed out features that were not common in homes nearby. Also, the builder’s commitment to quality was well-known to realtors and would be a factor in getting a higher offer. The overgrown yard offered privacy and would be an asset when cleaned up. If the sisters could find a way to put a little time and initial investment, the house sale would sell for the right price. A little lipstick would result in a huge makeover. Presented with this information, the sisters had a decision to make.

After consideration, the sisters decided that It was worth it to not only maximize profits for their parents, but to see the home as it once had been or close to it. The home had provided many family meals and a place for grandkids to play so the thought of giving it the best chance seemed like the best thing to do.

Acting on the recommendations, Ashley and Teresa:

- Moved their parents into safe community living. Moving out was recommended so that the home could be fixed up, kept clean and staged to sell more quickly.

- Found a handyman friend to handle minor maintenance issues. He painted some of the rooms and cleaned walls that were in good shape. He replaced fixtures around the house to give an overall updated look. He cleaned the siding.

- Worked out a deal on carpet with installation through a home improvement store. They replaced the two main living areas, office and three bedrooms and came in under budget for the carpeting allowance.

- Tackled the lawn with family members. It took a few plantings and some fresh mulch to spruce things up in the front yard.  Weeds removed and deck pressure-washed, the secluded backyard turned into a livable outdoor area.

When the work was finished, the house was then professionally staged. Leslie provided previous examples of other homes before and after a staging, and then surprised the sisters with the fact that it was included with the listing. Once the stager finished with this home, the sisters were amazed by the transformation. All the pieces put together gave them the feeling of the first years their parents lived there. They loved the professional photos of the home.

Soon after the house listed, it sold for the expected price. Teresa writes, “The whole process seemed like too much at first. Listening to Leslie made it seem possible. She reassured us, was available with helpful advice, and our parents appreciated the care she showed. Not only did the house sell fast, but fixing it up brought back the thought of the happy times we all had there together. It was great advice. We hired her again when my in-laws needed to move”.

This family felt good about being active participants in the positive outcome of selling the home. They overcame obstacles, worked together, and consulted with their agent to make sure they were doing the right thing. Besides achieving the goal of “SOLD”, they were able to see their extended home restored before saying a final goodbye.

We use cookies to enhance your browsing experience and deliver our services. By continuing to visit this site, you agree to our use of cookies. More info